1. If you didnâ€™t see it yesterday, you missed quite an exciting finale to Paris-Tours. Hereâ€™s a video that pretty much gets it allâ€”from just after Philippe Gilbertâ€™s attack through the final sprint.

Give Gilbert credit for riding aggressively, even with two sprinters on his wheel. Other men would have stopped working, not content to pull two sprinters to a seemingly easy win. Not Gilbert though, he rode the front consistently, nervous that any diminished effort would lead to his group being caught. It was a textbook case of a rider racing to win, not racing not to lose. Also interesting was Van Avermaet closing the gap to Gilbertâ€™s initial move only to get dropped moments later. Could he have been ordered back to the field? (Ed Note: A reader pointed-out that it was Van Avermaet who attacked first–makes much more sense.)

In the finale, when Gilbert launched his sprint (from 3rd wheelâ€”the best option), Boonen hesitated for a split-second, wavering as to whether to stay on Borzicâ€™s wheel or go after Gilbert himself. It cost him dearly, for Gilbert chose the perfect gear for his final effortâ€”big enough that he couldnâ€™t spin it out, yet small enough to keep the others at bay. A truly fantastic win!

As for Boonen, credit him with countering Gilbertâ€™s attack 8km from the line, then holding-on to the finish. It was a reminder that when he wants to be, the big Belgian is one of the finest classics riders in the world. If these men race like this come April, itâ€™s going to be an exciting spring!

Expect to see Borzic make the move to a Pro Tour team soonâ€”perhaps Silence-Lotto? He would go a long way toward filling the sprinter’s hole left by McEwenâ€™s departure last year. (Ed Note: Borzic has renewed through 2011 with Vacansoleil–smart move by the management.)

Next on Gilbertâ€™s program: the Tour of Lombardy. Silence-Lotto will have a tough choice, as Lombardy is likely on Cadel Evansâ€™ list as well. Regardless, with two aces up its sleeve, the teamâ€™s great October looks set to continue. Can Cunego spoil the Belgian party?

3. Last week I mentioned a care package I received from Mike and Kaiko at Gage & Desoto and cassette.. Take a look at the photos below, then head to their sites and order some for yourself. You wonâ€™t be disappointed. 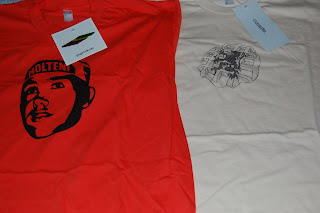 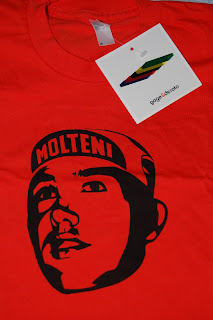 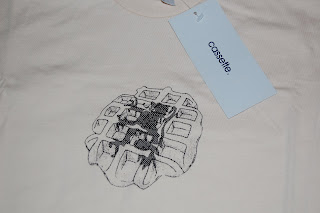 The stylish graphics are printed on American Apparel teesâ€”some of the best-fitting, most comfortable shirts on the market. Graphics are classic, simple, and evoke some of the sportâ€™s most iconic images. (Note the cleverly disguised Flemish lion.)

And yes, while mine were indeed a gift, if they hadn’t been, I would have gladly ponied-up my allowance for them anyway.

4. Have you visited our friends at Handspun recently? Theyâ€™ve unveiled their new Belgian Series of wheelsâ€”did you notice the spoke nipples? More on these to come. 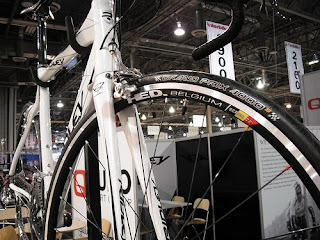 5. And while weâ€™re on the subject of wheels for the classics, what are your thoughts on the good folks at Competitive Cyclist offering a handbuilt set of Ambrosio Nemesis tubular wheelsâ€”practically right out of Quick Stepâ€™s truckâ€”for $1275? In my opinion, you can’t really put a price on true quality–espcially when it involves handbuilding wheels with imported rims and gluing tubulars. (Heck, the description alone has to be worth something.) If you’ve been lucky enough to buy a set, I’ll gladly make it worth your while to share your experience with us.

6. And finally, pick-up the latest copy of Readymade for an article on the Portland handbuilt bicycle scene by Embrocation‘s Jeremy Dunn. As always, Jeremy has a terrific way of telling a story through photos and words.

That’s it for today–what’s on your mind? Share your comments below.

My experiences might easily fit many cycling fans' definitions of â€œliving the dream.â€ Since getting hooked on the sport watching Lance Armstrong win the 1993 U.S. Pro Championship, I've raced as an amateur on Belgian cobbles, traveled Europe to help build a European pro team, and piloted that team from Malaysia to Mont Ventoux. As a former assistant director sportif with Mercury-Viatel, I've also seen the less dreamy side of the sport â€“ the side rife with broken contracts, infighting, and positive dope tests. These days, I live with my lovely wife in Pennsylvania and share my experiences and views on the sport at Bicycling Magazine, the Embrocation Cycling Journal, and at my own site, PavÃ©.
View all posts by Whit →
This entry was posted in Races and tagged gage and desoto, monday musette, paris-tours, wheels. Bookmark the permalink.