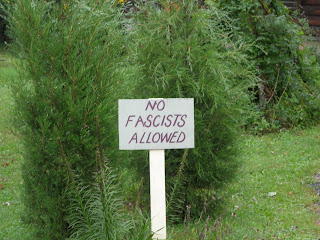 Good thing I left my Mussolini jersey at home.

As we enter the first weekend of the â€œoff-seasonâ€, Iâ€™d like to make a recommendation: ride your bike! Granted, Iâ€™m sure many of you were already planning tooâ€”in fact, you probably never stopped. But if youâ€™re like me, lately you might have been spending more time watching people riding their bikes than you have spent riding your own.

For fans of the sport at the professional level, riding bridges the gap between observation and participation. Sure, we canâ€™t all go out this weekend and ride the Muur de Geraardsbergen, but we might have a hill in our area thatâ€™s just as dauntingâ€”at least relatively. For me, the realization that I needed to spend more time on my bike came weeks ago during a rainy Saturday spent with hundreds of other amateur enthusiasts at the Univest Grand Prix Cyclosportif.

In August, the Sportifâ€™s organizer, Brian Ignatin, offered me a guest entry in the event (i.e. I didnâ€™t pay to ride, Mr. FTC). Grateful for the invitation to an event I had good things about, I offered to share my experiences with all of you (albeit belatedly).

So waking early on Saturday, September 12th, I packed my bag with gear and loaded my bike in the car. It was rainy, but relatively warmâ€”a knee and arm warmers kind of day. My friend and fellow PavÃ© rider, Greg, had agreed to join me, and together we were to embark on the longer, 100km loopâ€”the loop the pro race follows before returning to the town of Souderton for several smaller, local laps. 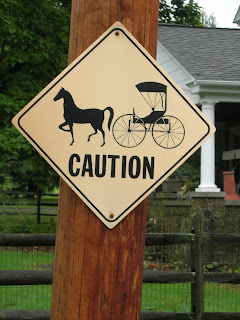 Despite the warnings, we were on lightly traveled roads.

We parked, aired our tires, embrocated our legs (you didnâ€™t think I wouldnâ€™t, did you?), and rode-off to find the registration area for our numbers and timing chips.

Numbers and timing chips? You see, this is indeed a cyclosportif event, andâ€”as I would soon learn the hard wayâ€”something for which time is taken, results are produced, and some people even (gasp!) train for it. It was not the leisurely Saturday metric century I had been expecting. But I digress.

We attached our numbers, pinned our chips to our shoes (they canâ€™t touch metal, interestingly enough), and made our way to the throng of people waiting in the staging area by the Start/Finish line.

I was pleased to see hundreds of riders eager to begin, cheery and jovial despite the glum weather. Itâ€™s a true testament to the efforts of Brian and the mastermind behind the entire Univest event, John Eustice. John and his team have done everything necessary to give their race the look and feel of a real European classicâ€”down to the last detail. I might as well have been at the Tour of Flanders Sportive or Lâ€™Etape du Tour. Everything was handled efficiently, professionally, and ran as smooth as a well-lubed drive train. 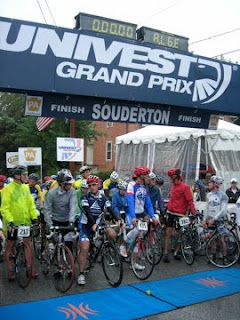 Bobby Julich is on the left in the gray jacket. This is the last time I would see him.

But back to the ride itself: after a quick â€œcelebrityâ€ call-up, Bobby Julich and I were off. Yes, you read correctly, Bobby Julich was there, and he was one of my companions on the front row. (Yes, I was a little embarrassed.) I didnâ€™t talk to him, though, for at the gun there was an immediate scrum of riders eager to ride beside or behind him.

(Thus begins the part about me learning things the hard way.)

Clipping-into my pedal, I was shocked at how fast the ride started. I felt as if I were back in Belgium (it was raining, remember), desperately trying to follow the â€œrightâ€ wheels to get myself within shouting distance of the lead group. (The only difference being the several thousand kilometers of training missing from my legs.) 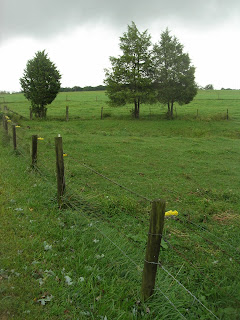 By mile 5 I was already cramping, over-heated, and halfway through my first bottle. Oh boy, I remember thinking, this canâ€™t be good. Greg was nowhere to be seenâ€”he didnâ€™t get the call-up and started in the backâ€”and I had no luck finding anyone who seemed willing to ride the pace I was hoping would get me to the finish in one piece. At that moment though, Greg drifted-up beside me, effortlessly spinning his legs in that tortuous way he always does. He asked me how I felt. Not good, I replied, grabbing his wheel. However, a few miles later, and Greg was gone, whisked away by a faster group while I slowed to remove my jacket.

I chased for a few miles, hoping to latch-on to a pack of about 10 men who seemed to have a chance to make it back to the leadersâ€”

(Wait a minute! This was supposed to a ride report, not a race report, right?)

At this point in the ride, for no particular reason, I gave-up. Donâ€™t get me wrong: I didnâ€™t give up on the ride, I just gave-up on riding it fast. I had plenty of food (in addition to the prospect of two well-stocked and staffed rest stops), I was appropriately dressed for the weather conditions, and my camera was safely tucked inside my jersey pocket. So I decidedâ€”as the Bike Snob might sayâ€”to stop trying to shotgun the ride when I could be enjoying it sip by sipâ€”slowly.

So I cruised, stopping for everything: funny signs, families of fans, quaint shops and homes, to name a few. I even saw a suspension bridge wide enough for just one person and a mailbox in the form of largemouth bass. In short, I took my time to enjoy the ride, mile by mile. I had no need for my cue sheet; the route was clearly marked for the pro race still to come through. And the rain held-off just enough, and the temperature stayed just high enough, that I was never uncomfortable. It was a terrific experience–all because I decided to take my time. 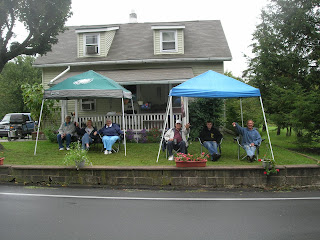 Friendly folks were a constant sight throughout the day.

Arriving back in Souderton several hours later, I crossed the line and was greeted by friendly volunteers who took my timing chip and gave me a wristband for a hot lunch pasta and garlic bread. Greg was waiting by my car, and after a quick change we ate and cruised through the expo area. After lunch there were raffles, results, and low and behold, a bike race to enjoy!

In the end, it was a wonderful day that offered opportunities for both riders and fans, one made all the more enjoyable by the fact that I rode slow enough to enjoy it.

Nextâ€™s year Univest Grand Prix Cyclosportif will take place on Saturday, September 11. Mark you calendars now, and go to the eventâ€™s website for registration information. As for me, Iâ€™ll certainly make an effort to be there againâ€”with more miles in my legs. But despite my hopefully increased level of fitness, I still might take it slow. Just because.

Enjoy your weekend! Here’s hoping you find the time for a nice, slow ride of your own–fast ones are okay too! 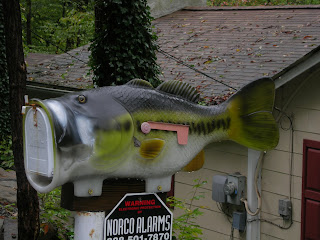 My experiences might easily fit many cycling fans' definitions of â€œliving the dream.â€ Since getting hooked on the sport watching Lance Armstrong win the 1993 U.S. Pro Championship, I've raced as an amateur on Belgian cobbles, traveled Europe to help build a European pro team, and piloted that team from Malaysia to Mont Ventoux. As a former assistant director sportif with Mercury-Viatel, I've also seen the less dreamy side of the sport â€“ the side rife with broken contracts, infighting, and positive dope tests. These days, I live with my lovely wife in Pennsylvania and share my experiences and views on the sport at Bicycling Magazine, the Embrocation Cycling Journal, and at my own site, PavÃ©.
View all posts by Whit →
This entry was posted in Uncategorized and tagged ride report, sportives, univest. Bookmark the permalink.