Following the long weekend, there’s a veritable cornucopia of things to enjoy! Let’s jump right in:

1. Here’s a great piece on the now legendary Armstrong-Across-Field/Beloki-Across-Asphalt moment from the 2003 Tour from the Freeman Transport blog. Selman’s last point is spot-on: rest assured that Armstrong already knows the profiles of the key stages as well as he knows the lyrics to the new Heartless Bastards album. (Thanks to JD for pointing this one out to us.)

2. And speaking of Jeremy Dunn, did you catch his piece over at Bicycling’s Sitting In? Go have a read; Jeremy’s always got something good to say. After a trip to a local cross race yesterday, I’m thinking I might just have to get me a place on that bandwagon before the wheels fall off.

3. If you have nothing to do on December 20 and happen to find yourself in Philadelphia, you might want to consider coming to the 4th Annual Bilenky Cycle Works Urban Junk Yard Cyclocross race. Here are some pics from last year.

4. Some interesting bits from Cyclingnews today. First, Alejandro Valverde has officially announced that he’s focusing on the Tour de France in 2010. Seriously? Yes, AJ, you won the Vuelta–finally. But the Tour’s another ball of jamon. Don’t waste your energy on a race you won’t win; instead, set your sights on victory in just about any other race you enter (as long it doesn’t have cobbles).

Confirmation also came that this year’s Belgian TDF wunderkind, Jurgen Van den Broeck, has re-upped for another 2 years with Silence/Omega Pharma-Lotto. What do you think? Is VDB2 the real deal? Or will Lotto spend the next 2 years wishing they never let Cadel Evans leave?

And then there’s the Giro’s attempt to bring the start of the 2012 race to Washington D.C.–not sure what I think about that one. Long transfers are one thing, but a 6-hour time difference? That said, Robin Morton’s g4 Productions group is leading the charge; if anyone could pull-off such an ambitious venture, it would be Robin. What about you? What obstacles do you see? What kind of effect do you think it would have?

4. Moving to the blogosphere, Red Kite Prayer‘s in-form right now. Several posts over the past week illustrate the talents of Padraig and his crew. Furthermore, they’re adding a kit and a Twitter feed to the mix. One will cost you a little, while the other is free; but both are worth your time. 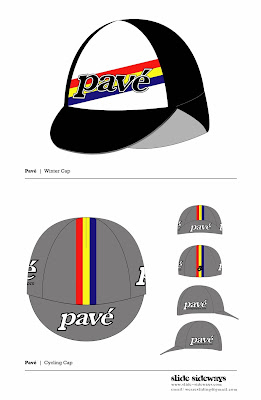 5. And finally, I can’t mention kit without making another plug of my own. The design’s complete, pricing is set, and the order form is here. The only thing missing is you! 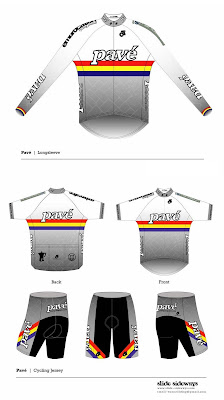 Have a great week–and keep those comments coming!

My experiences might easily fit many cycling fans' definitions of â€œliving the dream.â€ Since getting hooked on the sport watching Lance Armstrong win the 1993 U.S. Pro Championship, I've raced as an amateur on Belgian cobbles, traveled Europe to help build a European pro team, and piloted that team from Malaysia to Mont Ventoux. As a former assistant director sportif with Mercury-Viatel, I've also seen the less dreamy side of the sport â€“ the side rife with broken contracts, infighting, and positive dope tests. These days, I live with my lovely wife in Pennsylvania and share my experiences and views on the sport at Bicycling Magazine, the Embrocation Cycling Journal, and at my own site, PavÃ©.
View all posts by Whit →
This entry was posted in Uncategorized and tagged giro, lance, monday musette, red kite prayer, silence-lotto, sitting in, valverde, van den broeck. Bookmark the permalink.