Lots to talk about today. Let’s jump right in!

1. Better late than never for Phillipe Gilbert. We tagged him for Stage 4. He waited until Stage 20. It was a well-deserved win for a rider who’s been in the thick of it since the season started. While other Classics stars were getting rested or arrested, he decided to contest a Grand Tour. If he rode for me, he wouldn’t race until the Belgian Championship, then he’d be off to the Tour for another try at a Grand Tour stage win!

2. You heard it hear first: Thomas Voeckler will win the French Championship and a stage at the Tour.

3. We’ve already covered Danny Pate’s near-miss in Stage 18, but in doing so we failed to mention the gaffe by Saxo Bank riders Bak and McCartney. Not sure what they were thinking (maybe Van Poppel switched teams for the day), but in the final sprint they made absolutely no attempt at teamwork whatsoever. (In case you missed it, you can see the video of the finish here.) Check-out how they began the sprint on opposite sides of the road!?! No lead-out, no attack-counter-attack strategy. Just two riders from the same team efficiently spoiling their numerical advantage. Well done, boys!

4. And speaking about tactical gaffes, let’s return to Serge Pauwels, the victim of an error we discussed last week. While all of Belgium is a-twitter (no pun intended) with Kevin Seeldraeyers and his quest for the maglia blanca, Pauwels quietly finished with or near the leaders on the final 3 summit finishes culminating with 8th place on Vesuvius and 21st place on GC. While we’re not getting too carried away, it’s interesting to note, particularly given Sastre’s success during the past week. If the Belgian Championships were next week, he and Gilbert would be my favorites. Maybe he wins a stage in the Tour de Suisse?

5. Let it be known: I’m officially boycotting the media boycott of Lance’s media boycott. Actually, I had planned to say something, but I couldn’t limit it to 140 characters. Seriously though if you want proof of my earlier claim that any bashing of Lance is like pulling the veil off Santa Claus, then please check here for several cases in point. And if you want more than that, check-out Bicycling’s Boulder Report here and here. They’ve pretty much got the whole darn thing covered. Is that more than 140? Anyone else miss the days when the only number riders had to worry about exceeding was 50?

6. That said, it goes without saying that Lance has to be considered a favorite for this year’s Tour. I still think the years he spent drinking beer and training for marathons will hurt him when it counts most, but he certainly has to included in the conversation. In case you’re wondering, that conversation has started here and here. Don’t know about you, but Contador can’t be happy to read that Bruyneel is essentially going to wait and see who the leader will be once the race begins.

7. And speaking of Astana, I wonder if the soigneur/handler’s hat in this photo following Stage 17 might provide a clue as to whom might become a major sponsor of the “new” Astana:

8. Not sure if you read Outside Magazine, but itâ€™s worth thumbing-through periodically for the coverage they grant cycling. This monthâ€™s issue contains two bits of reading we found interesting. The first is an essay by Jason Gay in which he proposes that the extinction of the curmudgeonly bike mechanic is a bad thing for the industry. Iâ€™m glad to see someoneâ€™s got my back. As the article says, without grumpy wrench-monkeys, who will protect the world from this? 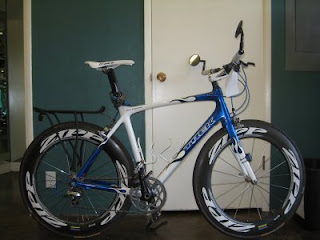 The second piece is an article from Bucky McMahon detailing his experiences at the 127-mile Lâ€™Eroica sportif event. It’s a great chronicle of a legendary event. 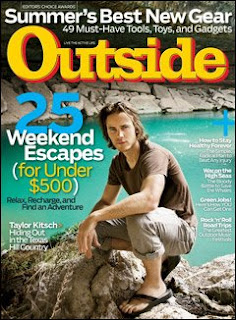 Unfortunately, you’ll need to grab a copy yourself, as the articles aren’t available yet online.

9. Moving away from racing, Rapha has recently published an excerpt from the soon-to-be published second volume of their “Great Road Climbs” series. The topic: Mont Ventoux, the focal point of this year’s L’Etape du Tour. As always, the feature highlights some fine writing and photography by Graeme Fife. With Mercury-Viatel in the 2001 DauphinÃ© the riders climbed Ventoux from the backside and descended mid-race into Bedouin. I remember the ascent as being very slow–after all I was in the second car. Sprinters (Jimmy Casper really hangs in my mind) and dropped rouleurs clung to the sides of my car like flies. They would hang-on until a commissaire came back and waved them off, only to grab another pull once the moto rounded the next bend ahead of my lumbering Mondeo. The weather went from sunny and hot at the bottom to cold and windy at the summit. The descent to Bedouin was one of the most terrifying of my life. Ventoux truly is site to behold. 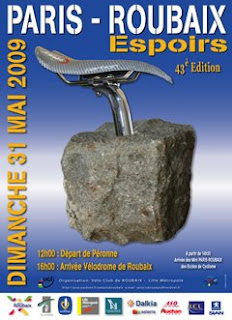 11. Taylor Phinney won the U23 Paris-Roubaix yesterday. I’m trolling for videos as we speak, so rest assured that as soon as I find something I’ll post it. Needless to say, the kid’s a stud. I’m curious as to whom will line-up to secure his services over the next few years. Will he stick with Lance and Trek? Extra kudos too to his DS, none other than Axel Merckx, one of the nicest and most deserving guys in the sport.

My experiences might easily fit many cycling fans' definitions of â€œliving the dream.â€ Since getting hooked on the sport watching Lance Armstrong win the 1993 U.S. Pro Championship, I've raced as an amateur on Belgian cobbles, traveled Europe to help build a European pro team, and piloted that team from Malaysia to Mont Ventoux. As a former assistant director sportif with Mercury-Viatel, I've also seen the less dreamy side of the sport â€“ the side rife with broken contracts, infighting, and positive dope tests. These days, I live with my lovely wife in Pennsylvania and share my experiences and views on the sport at Bicycling Magazine, the Embrocation Cycling Journal, and at my own site, PavÃ©.
View all posts by Whit →
This entry was posted in Races and tagged giro, lance, monday musings, outside, pauwels, phinney, rapha, roubaix espoirs, rouleur, twitter. Bookmark the permalink.