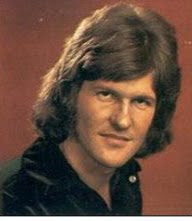 Ritte Van Vlaanderen was born in Ninove, Belgium on November 5th, 1974, 1-day before Frank Vandenbroucke, a man whose shadow Ritte was never able to escape. Born Ritte Vanderslagmolenbeekegem, Van Vlaanderen changed his name when he moved to Southern California in 1999 after Vandenbrouckeâ€™s win in Liege-Bastogne-Liege. As the general manger of the Ritte Van Vlaanderen racing team, he seeks to bring the traditional style and milieu of his homeland to the â€œHollywood Homeboysâ€ (his term, not ours) of Southern California. In effort to expand his influence, Ritte graciously agreed to become the centerpiece of a new column at PavÃ©â€”Ask Ritteâ€”where heâ€™ll offer his unique perspective on the sport by answering your questions. Weâ€™re certain youâ€™ll enjoy it!


To commemorate the exciting new addition to PavÃ©, I thought a brief interview with Ritte would offer a chance to introduce this intriguing personality to those unfamiliar with his name.

First of all, Ritte, let me say how excited we are that youâ€™ve agreed to be a regular contributor to PavÃ©â€”weâ€™re really excited to have your perspective on the sport.

Yes, thank you for having me. And donâ€™t be surprised at your own excitementâ€”itâ€™s a perfectly normal reaction to meeting me. I once caused three pregnant women to go into labor simultaneously by walking into a Lamaze by accident. I was supposed to meet a nurse in the broom closet, but opened the wrong door.

Why did you relocate from Belgium to Southern California?

I visited Los Angeles while on vacation and discovered the great disco scene. I had always dreamed of spending the off-season hanging around the discotheques and picking-up on the beautiful ladies. Then Frank won Liege-Bastogne-Liege in 1999 and there wasnâ€™t enough room in Belgium for two incredibly handsome and stylish champions. Even though Frank was a fraud.

You mean because he was a known doper?

No, because he was a poseur. It was me who first wore white socks as shoe covers and put highlights in my hair. Even Museeuw came to me for the name of my stylist. Everyone loved VDBâ€™s â€œlook,â€ but he stole it from me.

So you knew him personally?

Sure, we were almost the same ageâ€”although I was born first. We grew up near one another and often raced against one another. He always won. But I realized early on that winners did not get the podium girls, so Iâ€™d put on a good show and then a few kilos from the line, slide out in a corner or hit a, how do you call itâ€¦ fire sprayer or something, and the girls would come running.

Wow, so youâ€™re saying you let VDB win? Why?

How did you feel when Vandenbrouckeâ€™s death was announced?

I was sad of course. All things considered, he was a talented racer and an okay dancer. Every year on his birthday I pour 40 ounces of Duvel on the ground, which is one of the quaint traditions Iâ€™ve learned here in Los Angelesâ€”It takes about a bottle and a half.

And what are you up to now?

Since I retired from racing I have kept myself occupied by searching for ancient Roman shipwrecks in along the Santa Barbara coast. I never gave up cycling completely; I would ride my rollers on my yacht. And let me tell you, riding the rollers on the open ocean is serious business, especially while trying to sip a pint without spilling. Anyway, after a few years of life alone on the sea, I came back to LA and started my team.

Why did you start your own team?

Well, you know, a man can only live for himself for so longâ€¦ I needed a mission in life; I wanted to give something back to society. To do something philanthropic, like rescuing orphans from shark tanks or pulling old ladies from burning school buses. And when I looked at the world around me I saw starving people and poor children and disease and I thought to myself, â€œRitte, you know what the world really needs? No Ritte, what? The world needs a classy cycling team.â€ So I did. Itâ€™s called the Ritte van Vlaanderen Cycling Team!

So you feel the answer to the worldâ€™s problems is cycling?

Well, maybe not all the problems. But if I can get together 25 young men in a nice-looking racing kit, well maybe that will balance out the sad, sad state of cycling style todayâ€”that will make the world a little better, donâ€™t you think? Itâ€™s like that movie Stars War, where thereâ€™s the bad Force and the goodâ€¦ and now that there is that Footon team, well, letâ€™s just say Iâ€™m going to have to step up my efforts.

That’s an interesting stance. Well, before opening the floor to readersâ€™ questions, Iâ€™ll start things off with a question of my own: Whatâ€™s the most important advice you can give to young American racers?

If you canâ€™t win the race, at least win the party. I heard that once from a guy in a San Diego bar, but I think he was talking about NASCAR.

Thanks, Ritte.  We look forward to learning more from you over the coming months.

Come back every other week for tips, advice, and insights from Ritte. Have a question? Email it to paveblog@gmail.com; please type â€œAsk Ritteâ€ in the Subject line. For more from Ritte and his team, check-out their website and the teamâ€™s documentary video series, Behind the Peloton.

My experiences might easily fit many cycling fans' definitions of â€œliving the dream.â€ Since getting hooked on the sport watching Lance Armstrong win the 1993 U.S. Pro Championship, I've raced as an amateur on Belgian cobbles, traveled Europe to help build a European pro team, and piloted that team from Malaysia to Mont Ventoux. As a former assistant director sportif with Mercury-Viatel, I've also seen the less dreamy side of the sport â€“ the side rife with broken contracts, infighting, and positive dope tests. These days, I live with my lovely wife in Pennsylvania and share my experiences and views on the sport at Bicycling Magazine, the Embrocation Cycling Journal, and at my own site, PavÃ©.
View all posts by Whit →
This entry was posted in Uncategorized and tagged ritte van vlaanderen, video. Bookmark the permalink.